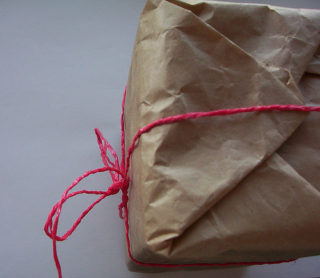 Bernard Penny worked as a postman/pharmacy technician at Hill End Hospital in the 1970s and 80s, ‘otherwise known as a porter!’ He has many memories of people he met there at that time.

He particularly wanted to mention Canon Beech, the Hospital Chaplain, who was a ‘really wonderful man. I have never seen anyone as dedicated as Canon Beech, who was a shining example of practical Christianity. I don’t want his name to be forgotten. Wherever you were, he would be on that ward, spending time with the patients. If he saw anyone in distress, he would spend time with them, and I especially remember him blessing them, by putting his hand on their heads.’ The patients would ask Canon Beech to pray with them and he would help them in this way. He always knew exactly where each patient should be, and would help them back to their wards.

A shoebox of dried fish

Bernard Penny’s own job involved collecting the post at 8 a.m. and ‘sorting it into wards and people’, ready to deliver around the hospital. ‘There were plenty of giros to be delivered, but also nice things such as birthday presents.’ Foodstuffs from around the world were delivered, as there were nurses at Hill End from many different countries, such as Malaysia and Mauritius. There were many nurses from Malaysia who anglicised their names ‘so there was a lot of post for people named Lee.’ One day a very smelly parcel arrived for one of the Malaysian nurses – a shoebox of dried fish which, unfortunately, had been sent ‘overland’ by boat. It was so disgusting it had to be incinerated – ‘I shall never forget that; it made me feel sick!’

Bernard remembers Sister Palhari, the Sri Lankan Nursing Officer who could break brazil nuts with her teeth! Also, Tina Collarbone, ‘my mentor on reception – the post lady who taught me the job.’ Another ‘remarkable chap’ was Head Porter Mr Barnes, who had been an expert on ‘plotting’ during the war, and had advised on the film The Battle of Britain.

Bernard recalls a magazine called The Hill Ender – which printed details of staff coming and going – and that patients at Hill End were given an apple a week from the orchard. Apparently, Spike Milligan was a frequent visitor to Best Ward at one time.

Mr Penny told of two fires which occurred at Hill End during his time there. There was a chapel inside the hospital in a converted ward, for the patients who could not get to the main chapel in the grounds. Unfortunately, this interior chapel was burnt down by two patients in the late 70s. One of the arsonists escaped in a van and was pursued by the police up Springfield Road. Another blaze was in the communal kitchen which became very greasy; sometimes petrol was used to get rid of the grease. Tragically, one day when the oven was lit, a terrible fire broke out and two people were burnt to death.

A key to the wards

In the afternoons, Mr Penny worked delivering the pharmacy to the wards – the pharmacy being run by Mrs Kendrick. He was issued with a key to the wards which he had to guard very carefully – ‘if I lost this key I would have to pay a fine of £80, which was a great deal of money.’ One ward he did not have access to was Cairns ward, which was high security. Near to the pharmacy, Bernard recalls a track on the floor where, in former times, there had been a screen to separate the men and women.

(Mr Penny was interviewed at the Hill End exhibition at the Museum of St Albans.)