You are here: Home>Hospitals>The Water Towers 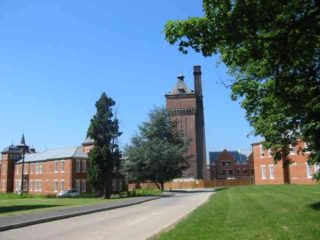 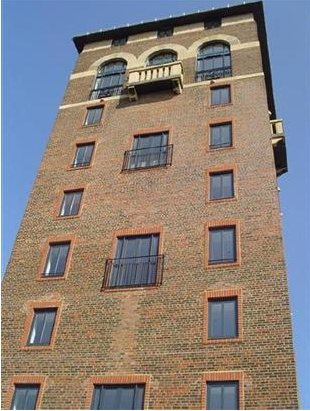 Here is an extract from Enoch Powell’s Water Tower speech:

“Now look and see what are the implications of these bold words. They imply nothing less than the elimination of by far the greater part of this country’s mental hospitals as they exist today. This is a colossal undertaking, not so much in the new physical provision which it involves, as in the sheer inertia of mind and matter which it requires to be overcome. There they stand, isolated, majestic, imperious, brooded over by the gigantic water-tower and chimney combined, rising unmistakable and daunting out of the countryside – the asylums which our forefathers built with such immense solidity to express the notions of their day. Do not for a moment underestimate their powers of resistance to our assault.”

Many people associate the closure of asylums with the government of Margaret Thatcher, but it was Enoch Powell who first raised the issue. What made it all possible was partly the introduction of psychiatric drugs like Lithium and Chlorpromazine (also known as Largactil). I have had both. Without them, I would not be enjoying my free and easy lifestyle as I do today.

But of course we must not forget the discovery of penicillin, which was a breakthrough in the treatment of syphilis, which could lead to GPI – general paralysis of the insane. Before penicillin, it is generally agreed that syphilis affected 10% of the population. One of the major roles of Napsbury was the care of military officers who had contracted syphilis.

Above is a picture of Shenley hospital water tower. It has been converted into 2 bedroom apartments. A bargain at only £400,000 each! 🙂