The History of our Archives

The archives of the former mental hospitals of St. Albans are a vital tool for improving our understanding of the conditions, treatment and history of mental health. They are also a key part in the research of many who wish to learn more about the hospitals; be it former patients, their families or those interested in the history of mental hospitals. This page, therefore, summarises where the archives can be accessed for each hospital. 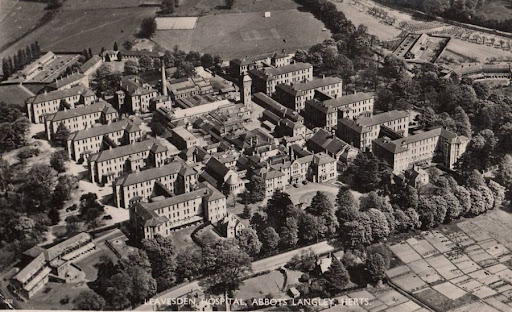 While St. Albans itself is part of Hertfordshire, the archives of its mental hospitals are not all held by the Hertfordshire Archives. The reason for this itself reflects the complicated history of mental health and how it has been treated throughout history. In the Victorian Era, there was a great shift in the treatment of mental health and an increased focus on hospitalisation and the creation of communities for those suffering with mental health issues. The Asylum act and the Poor Law of 1845 required more locations to house those with mental health issues. ‘Asylums’ were therefore introduced to replace the former ‘mad houses’, intending to treat mental health issues in a domestic environment. Many of these asylums were housed within large country houses in the outskirts of London, thus leading to the creation of many of the hospitals discussed within our network. This movement of the mentally ill to the country side outside of London was for two main reasons. Firstly, the new Victorian approach to mental health was guided by the idea that putting those who were suffering into these domestic environments far removed from the hustle and bustle of city life would be imperative for their healing, teaching them to be functioning members of society before their subsequent return to the real society of the city. Another reason was the idea that the ‘undesirables’ of the country, as many with mental health issues were then viewed as, should be removed from the cities and Metropolitain areas of England and instead moved to the countryside where they would be less prominent in society and be out of sight and out of mind. This therefore means that many of the important archival information is held by London archives rather than those within Hertfordshire.

HOSPITALS AND THEIR ARCHIVES

The archives for Napsbury can be predominantly found at the National Archives, with extra records available via the London Metropolitain Archives and the Hertfordshire Archives.

The Archives of Cell Barnes Hospital can be found at the Hertfordshire Archives.

The archives of Hill end can be found at the Hertfordshire Archives and the National Archives.

The Archives of Shenley Hospital can be found at the National Archives, the London Metropolitain Archives and the Hertfordshire Archives.

The archives of Leavesden Hospital can be found at the National Archives and the London Metropolitain Archives.

The records for Albany lodge are not possible to obtain due to its nature as a functioning hospital. For information regarding Albany Lodge you may have to contact them directly.