You are here: Home>Events>How It All Began

How It All Began 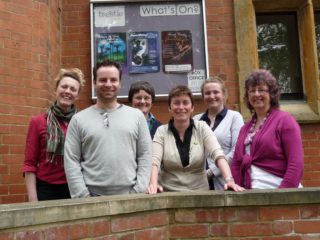 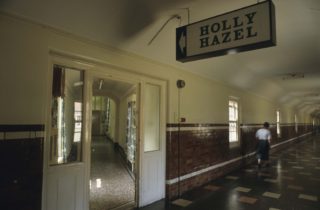 Out of Sight, Out of Mind? came into being for me after a holiday reading of Maggie O’Farrell’s ‘The Vanishing Act of Esme Lennox’.  With five asylums all within a few miles of each other on the south side of St Albans it seemed that there must be stories both from ex-patients and ex staff which should be recorded before they were lost.

On returning to work it quickly became clear that other organisations were interested in the same subject and a partnership was set up.  The St Albans Museum Service had a huge archive of poignant images taken just as Napsbury Hospital was closing and these added a reality to the project. The team soon realised that working on all five hospitals would be too big a mountain to climb so it was decided to focus on Hill End as one of our partners was Trestle, the theatre company who is fortunate enough to occupy the old hospital chapel which is now a thriving arts centre.

The next stage was to submit a bid to the Heritage Lottery Fund (HLF).  The project has four strands – a community performance at Trestle, preservation of the archive material at Hertfordshire Archives and Local Studies, the setting up of this community archive website and sending a group of artists out into schools and community settings to run workshops based on source material from the county archive.  All the partners were involved in writing the funding bid and after a nail biting couple of months we were delighted to hear in Spring 2009 that we had been successful.  The initial feeling of euphoria was quickly replaced by a slightly daunting realisation that now we had to go and deliver what we had promised.

We have a project manager who deals with the day to day nitty gritty of running the project.  For me the most exciting thing is being able to go out and see what everyone else has been doing.  I have been fascinated by and amazed at the patience required to restore crumbling medical records.  I have been moved to tears by the words of ex patients brought to life in the Trestle theatre production.  I have seen the work of Year 6 pupils as they realise that children of their age were being incarcerated, some with little hope of ever seeing the outside world again.  Most recently I attended a session with current users of the mental health system and saw the way that the artists can help people communicate in completely new ways – a humbling experience.

I feel privileged to be part of this project which, it is quite clear, has made a difference to many people’s lives and I am looking forward to what is still to come.

Comments about this page