L.A. Frost's recollections of self sufficiency at Hill End Hospital 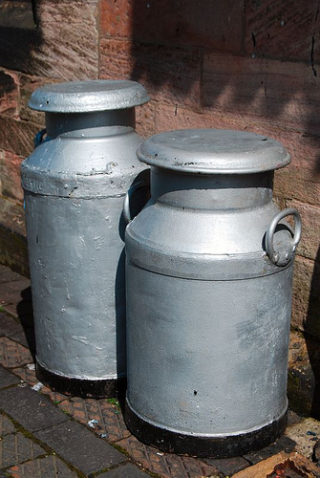 L.A. Frost’s memories of working at Hill End Hospital in the 1930s and 40s highlight the self-sufficiency of the hospital –‘there were large gardens which provided all sorts of vegetables and fruit. No less than five farms were originally within its boundaries from where the hospital’s milk and eggs came,’

‘ I  remember too that every morning milk was brought into the hospital in churns from the farms on a high two wheeled tumbrel wagon –rain or shine – to be off loaded at the stores. The routine for this wagon, driven by Ernie, was then to call at the Hill End Railway Station to collect any goods, boxes or parcels for the hospital and then for the horse to be turned so as to head back to the farms and get on with other jobs.’

L.A. Frost remembers the importance of local pigs providing meat for the hospital – ‘especially at Christmas when the Hospital Butcher made his annual visit to the farms to select and kill some of the pigs for the Christmas Dinners. ….there was a certain atmosphere of competition between the Pigman and the Butcher. On the one hand one was trying to push some of the less meaty pigs towards the Butcher to be chosen and on the other the Butcher was trying to pick out the bigger pigs for the Hospital. The farmer would get a better price if the larger animals were kept back to be sent later to market. After humane killing, those chosen animals were transported to the Hospital where the butcher had them cleaned and dressed to be prepared for issue to the kitchen, I remember the pigs’ heads were in great demand by the specialist cook to be prepared into real brawn, the like of which sadly is rarely seen nowadays.’